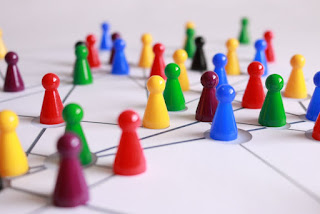 How does an idea become an opportunity? How does real change occur? How do movements begin? What causes momentum? How do innovations spread beyond a small group of people or a single individual to strangers who need the idea and can bring it to life?

The first time I heard the phrase “weak ties”, it sounded like a negative thing, like the relationships the ties represent were not strong enough. It turns out, weak ties have been one of the greatest assets of my life as a connected educator.

Weak ties are relationships that are ancillary, often related to a chance encounter, a shared acquaintance, or positive proximity to a person or place at the exact right moment. They are formed when colleagues who are close friends refer to another, potentially mutually beneficial relationship they have with another colleague, parent, leader, or community member. They represent the many ways we are all connected in a community, whether micro (the immediate area) or macro (representing groups we belong to, such as women educators or teachers who went to college during 9/11).

Weak ties have served me well. They have led me to new job opportunities, resources for my students, and new friends. Weak ties are also great places to start when a partner is needed for an innovation or new idea. My weak ties are often folks who are friends-of-friends-of-friends with colleagues I work well with and trust. Sometimes I create weak ties for others, when a colleague’s idea reminds me of someone else, something else we have discussed.

I have had the pleasure of meeting many educators, both in schools and in the community, in my career. These high-achieving, deeply caring individuals often feel lonely and isolated. I wish these weak ties could know how strong they would be if they were connected.

What if an entire infrastructure could be built around weak ties? What if there was a virtual space to make connections with other educators who may be friends of friends of friends, but end up being powerful influences in our lives? What if we could grow together, learning from one another, until we are stronger than we were before?

Interested in learning more about weak ties in a context outside of education? Check out these books that inspired my thinking about it:

Want to talk about it? 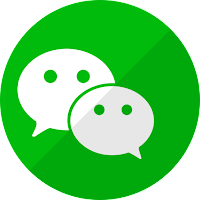 How have weak ties influenced your life personally or professionally? Do you have a success that was made possible by a weak tie to someone else in your network? Answer in the comments or let us know your thoughts on the Edjacent Flipgrid

Popular posts from this blog

Preparing to Working Remotely While Your Kids are Home From School? 5 Essential Tips From Someone Who Does it All the Time 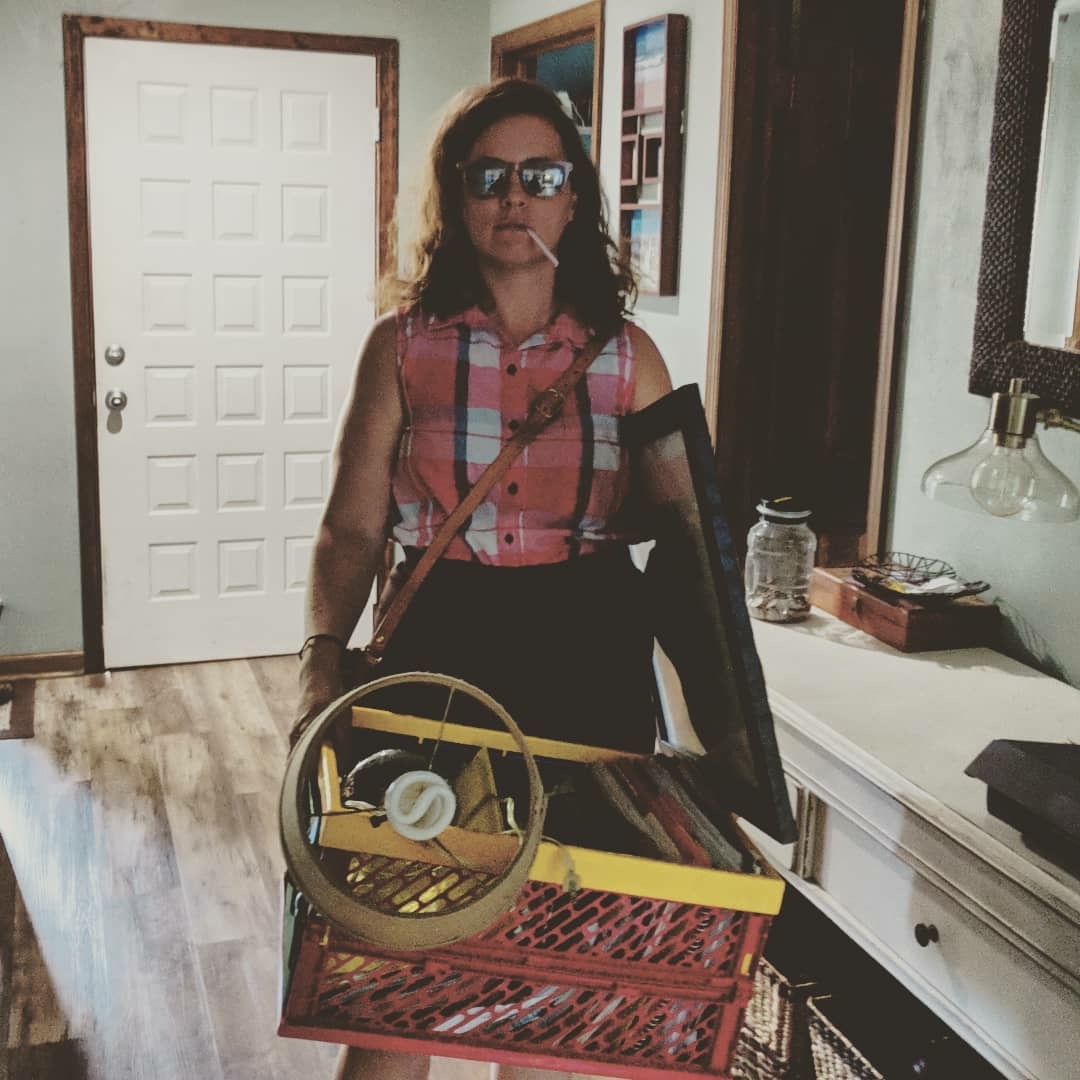 https://www.youtube.com/watch?v=_m67JbGjWnc COVID-19 (Coronavirus) has many schools and businesses scrambling to quickly find ways for employees and students to complete work from home. Teachers are preparing virtual lessons and employers are assigning work, but a problem remains: how will parents keep their children busy and meaningfully engaged while also completing their own work in a timely fashion? I started working from home in June of 2018 when my sons were 3 and 5 years old. My husband is home several days a week and my kids were both in school for at least part of the day for part of the week, but I often have to meet deadlines, write curriculum, develop online courses and conduct virtual meetings while my kids are playing right outside my (home) office door. The rewards of this scenario outweigh the costs for my family, but the road to productive work from home has not been easy! Here I share some five of my most important sanity-saving tips for working from home wi
Read more

- June 01, 2020
You should know, I wrote this post almost two years ago, but I was too afraid to post it. I still am, but I am going to anyway. You Should Know I am white and from a privileged background. You should know, I almost typed "moderately" before privileged because I have been trained to call myself "lower middle class" and justify my lack of privilege by saying things like, "But I paid for my own college!" or "But we ate generic cereal!" as if this means I understand lack of privilege. I do not. I was privileged. I am a liberal feminist. I was raised to shatter glass ceilings and be whoever I want to be. You should know, I have often felt guilty about choosing to be a teacher, a traditionally female profession. I have rarely, if ever, felt my female-ness professionally. If anything, I have seen my male colleagues suffer from gender discrimination. Being female has not been a significant disadvantage in my life. I grew up in south-central Penn
Read more 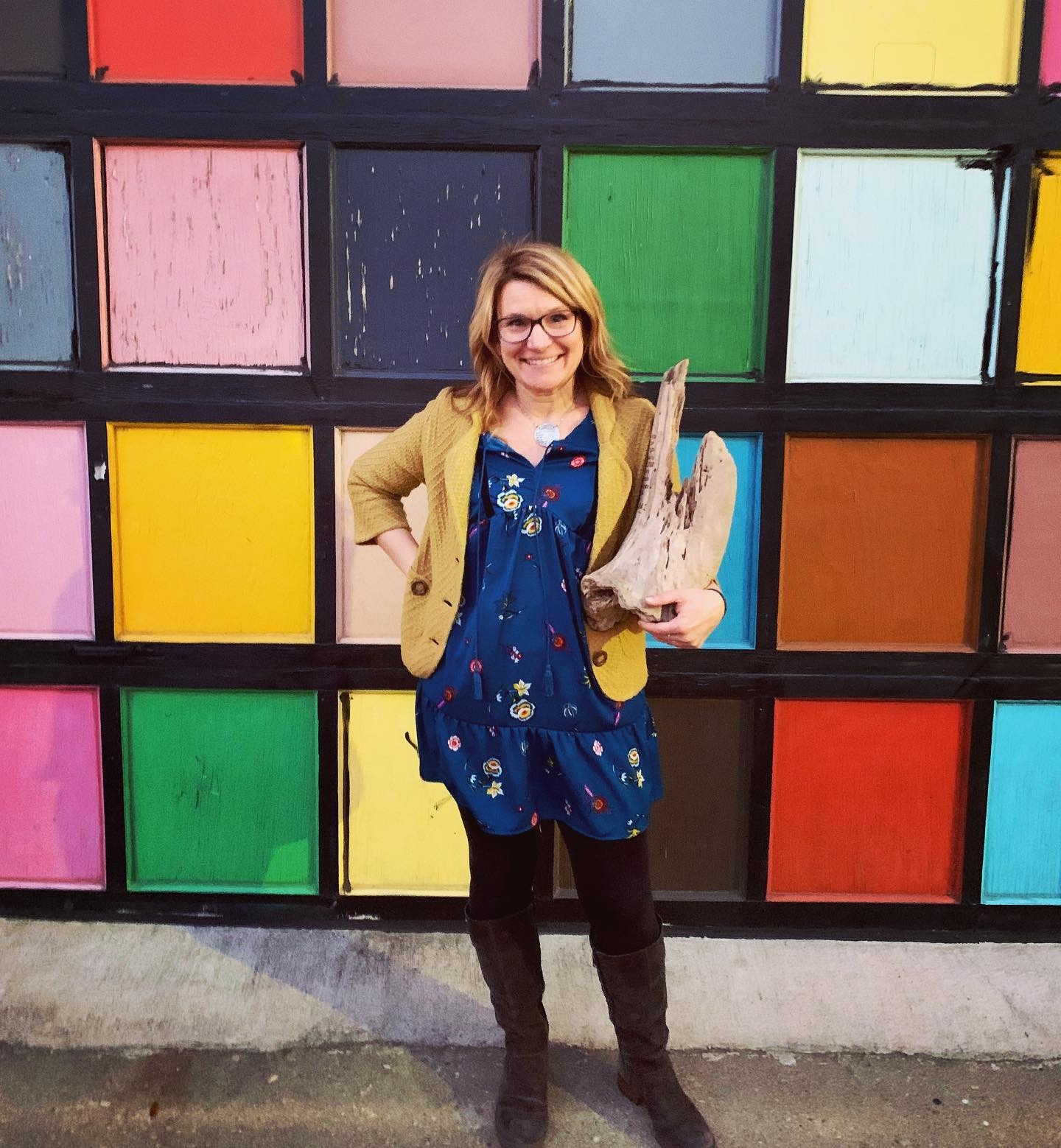 At any given time,  you will find Jaime Kurowski either parenting, teaching, reading, writing, wood-burning or fiercely trying to shift the mindset of anyone who needs more joy in their lives.  She realized she was a teacher and collector of quotes when she was a 3rd grader in New Jersey. She started her teaching career in New Mexico in 1998 with Americorps before moving to Virginia. She then taught 5th grade, raised babies at home, 5th again, 3rd, 2nd and now 4th grade in Virginia Beach. She didn’t realize she was a writer until her divorce. She didn’t realize how powerful stress was until her stroke. She didn’t realize how resilient she was until she walked herself through the tunnel with the light at the end of it and started a small business sharing her collection of quotes on driftwood art.  ‘She Makes’ became an essential outlet to help her prevent the burnout of teaching and help supplement a single income.  She is passionate about helping shift the mindset of teachers and st
Read more