You should know, I am flawed. I am ignorant. I do not understand. Sometimes I have not even tried. I am comfortably privileged.

You should also know, I am hungry to learn more. I seek to understand. I want to be part of the solution. My heart aches for what I have not acknowledged until recently. I want to do and be better.

I have always seen myself as an inclusive and understanding person because my thoughts, reading and writing reflect my beliefs. I fear my actions have not. I want them to.

Popular posts from this blog

Lessons From the Other Side of the Screen 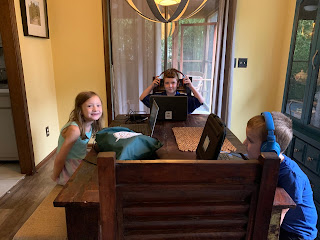 Lessons From the Other Side of the Screen Meghan Raftery, Freelance Educator After just over a month of online coaching and two weeks of monitoring my own sons' remote learning, I feel like most parents and educators I know: utterly exhausted. Six months of isolation, worry and fatigue are catching up to my optimism and blessings-counting and now I am just tired, irritable and often just plain mad.  I know what it feels like to facilitate virtual learning: it is isolating, hard work. You get limited feedback from the participants and, if you're like me, you sweat profusely and drink very little until the whole thing is over. It's  hard work for the teacher, but I did not fully grasp how much work it is for the students  (and the grownups who facilitate their learning) until this week. It's sweaty on this side of the screen too. I have seen some truly amazing teachers do the best they can. I have seen kindergarten teachers laughing and building relationships at all co
Read more

Lofty Suggestions From the Other Side of the Screen 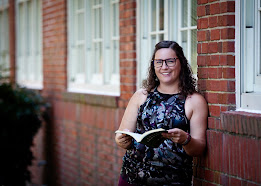 Suggestions From the Other Side of the Screen  I am not generally a complainer. If I see a problem, I immediately want to solve it or find a better way. Remote learning has been taxing for me mentally and emotionally because I am constantly wondering what I could/would do differently or better if I were on the other side of the screen. It's a limited view, because I can only see through my own lens, but it gets wider every time I talk to a teacher, parent or educator willing to share a small piece of the puzzle. In that spirit, I humbly share the following lofty suggestions. Lofty Suggestion 1: Plan from what matters most. There's a reason the phrase " Maslow before Bloom " was on the verge of overuse in education, even before COVID-19. We must not only acknowledge the importance of basic needs before academics, we must also prioritize and plan from this understanding. I'd argue the continuum of need in remote learning/hybrid learning and safe return to school sho
Read more